A Secret Weapon Of Pro Studios

The WA-47F is a faithful recreation of a high-SPL, low-noise classic celebrated as a 'secret weapon' across world-class studios. The original '47-style FET was released in 1969 and gained massive popularity inside recording studios for its ability to handle fast transients with exceptional detail. Compared to popular tube microphones, the WA-47F has a more pristine top end and a tighter, more controllable bass response. Famous artists such as Dave Grohl and Daft Punk used the original 47FET on kick drums, inspiring generations of drummers and engineers. For vocals, legends like David Lee Roth and Michael Stipe used the original to create some of the most beloved music of all time.

The WA-47F shares the same sonic profile as that original microphone, making the WA-47F a studio workhorse that will quickly become a go-to mic in your locker.

Like all Warm Audio microphones, the WA-47F is a no-nonsense studio tool with premium components and elite build quality. Like the originals, the WA-47F takes the sound of the WA-47 tube mic and swaps the valve for solid-state FETs, meaning there’s no compromise between capturing rich midrange, detailed bass, and handling very loud sources. At its core, the WA-47F uses a premium reproduction of the vintage K47-style capsule found in the original microphone for ultra-wide frequency response and detail. The WA-47F uses a single backplate, cardioid-only version of the same capsule used in our award-winning WA-47 tube microphone.

The capsule is joined by a custom TAB-Funkenwerk USA Output Transformer that drives the punchy, powerful sound captured by this capsule. The WA-47F pairs premium Fairchild FETs with polystyrene & Wima capacitors and the AMI output transformer, giving the WA-47F the ideal frequency response to capture extra detail and depth. The -10dB pad gives you extra headroom for those loud sources that you need to keep loud. When you need to eliminate unwanted bass frequencies on sources like lead vocals or electric guitar cabs, engage the included 140 Hz low-cut filter to save yourself from unnecessary post-EQ. Our meticulous R&D process allowed us to dial in a true-to-original output level and frequency response that matches the performance expectations of world-class audio engineers and recording facilities.

Like the original, the WA-47F’s custom-tuned frequency response captures huge kick drum sounds, punchy guitar & bass cabs, and adds a pristine edge to solo vocals that need to stand out.

In addition to a dynamic mic on the inside of the kick, aimed right at the beater, many engineers choose to add a 47FET-style microphone to the outside of the kick drum on the front head. The dynamic mic on the beater tends to capture the “snap” of the kick, while the WA-47F on the outside will get the “thump” from the drum. The air pressure “boom” of the resonant kick drum head is a huge sound easily missed by the dynamic mic. Adding a WA-47F to your kick will have a huge spatial effect on the sound, making tracks feel more alive and less robotic.

The original is also a favorite inside studios for tracking guitar and bass cabinets - especially for percussive, loud guitar parts like you might find on an AC/DC record. The openness of the condenser capsule and the ability for the circuit to handle higher-than-normal SPLs means that you can track guitars LOUD without compromising detail. For those about to rock - you'll notice a difference.

The WA-47-B-50v capsule is a true reproduction of the single-backplate K47-style capsule found in the original 47Fet mic. This capsule captures incredible detail across the 20Hz-19kHz frequency response. With a unique gradual climb in the mids and slight scoop in the high end, the capsule inside the WA-47F will quickly make this a favorite mic for any source that demands critical detail and pleasing high end at louder volumes.

The WA-47F uses premium Fairchild FETs - the same component found in the most exacting and expensive reissues. The polystyrene and premium WIMA capacitors in the WA-47F provide the excellent signal conversion that this circuit demands.

The WA-47F is encased in an ultra-durable nickel-plated brass body with an updated headbasket shape adding additional space around the capsule. Every single WA-47F is meticulously hand-inspected at Warm HQ in Austin,TX by real musicians and engineers with a passion for superior sound. 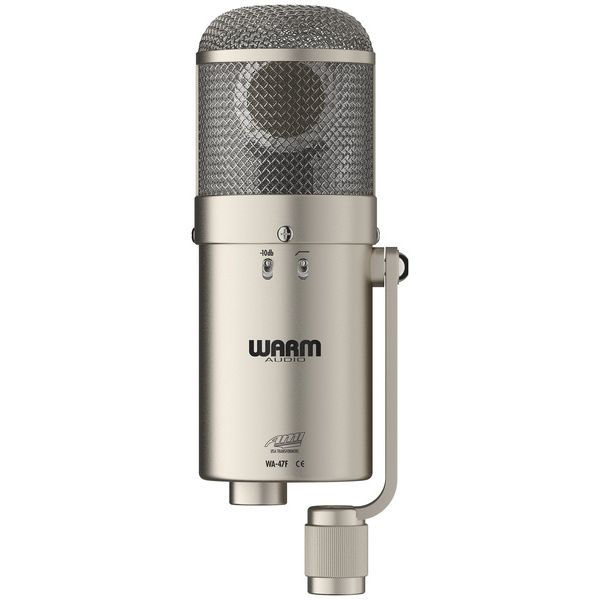 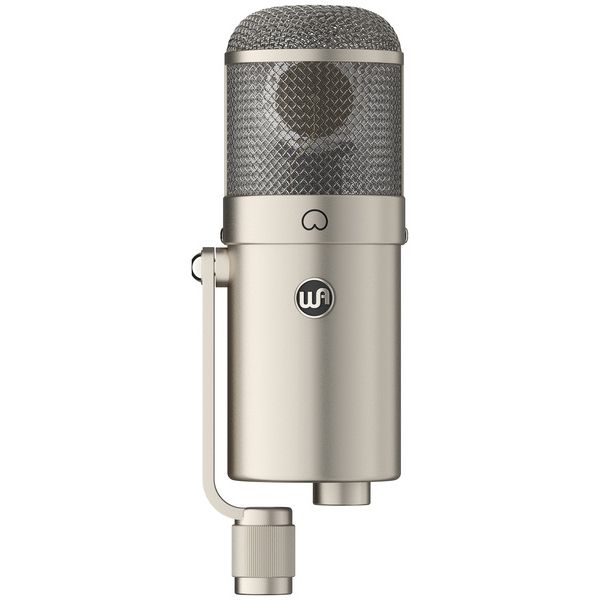 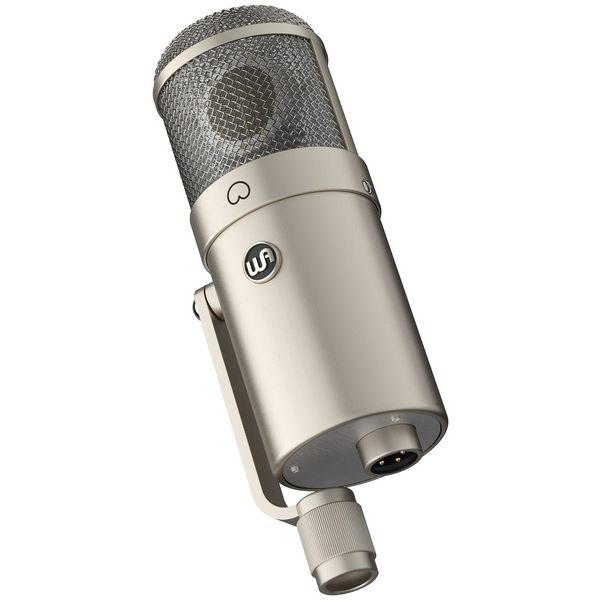