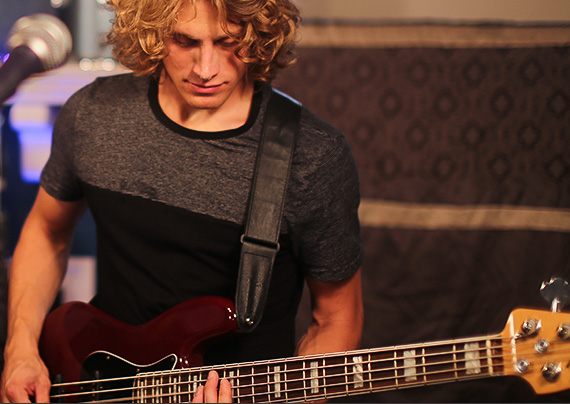 The StudioLive AR12c audio interface operates at up to 96 kHz for high-definition mixing and recording. Record each of the 12 inputs, plus the main mix for even more flexible recording options. Play back up to four streams for monitoring previously recorded tracks—plus a click. Eight lauded XMAX mic preamps provide all the gain you need to capture even the most subtle details without adding any extra noise. The analog mixer front-end makes connecting your gear to your computer intuitive, and creating monitor mixes is quick and easy. With a USB-C compatible connection, your StudioLive AR12c is ready to use as an audio interface for nearly any computer.

The channel that does it all… even Bluetooth connectivity!

The unique Super Channel can handle four stereo sources at once, making it easy to integrate consumer devices into your studio workflow. Connect a turntable to the RCA inputs, use the ⅛-inch stereo input to plug-in your smartphone, or forget the cable and connect it via Bluetooth wireless technology. You can also toggle between a stereo playback stream from your computer and playback from the onboard SD recorder, making rehearsal a snap.

A complete recording solution for studio and stage. 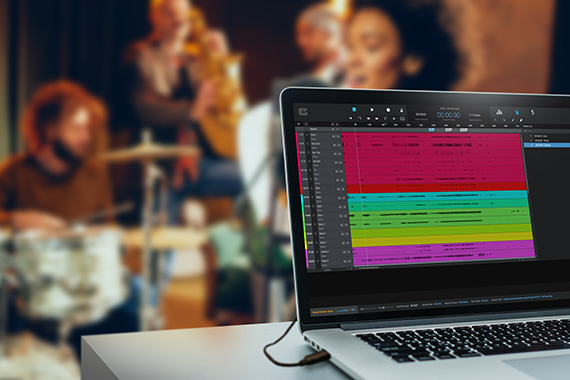 The StudioLive AR12c audio interface and analog mixer is tightly integrated with state-of-the-art recording software to help you realize your creative vision. Record multitrack live performances with one click thanks to PreSonus’ Capture™ live-recording software. Create complete studio productions with our award-winning Studio One® Artist DAW. With two professional recording applications included with your StudioLive AR12c, you’re ready to record right out of the box.

Stereo recording without a computer.

Imagine you’re rehearsing with your band and want to record your session to analyze later. Or perhaps you’re in the middle of a songwriting session and want to capture your ideas as quickly as they come to you. Either way, the StudioLive AR12c’s stereo SD recorder has you covered. Insert any SD/SDHC card and you’re ready to record your main mix to listen to later, so you’ll never forget a great song idea or an amazing guitar solo. Doing mobile interviews for your podcast? Leave the computer at home and record straight to SD.

ll the connections you need with a familiar look.

Packed with all the connections and controls needed to mix and record in the studio and on the stage, the StudioLive AR12c is the ultimate recording solution. The four mono channels and four stereo channels include a musical three-band EQ, plus one of PreSonus’ famed XMAX mic preamps. Two dedicated monitor mixes with balanced outputs provide your musicians the custom mix they need. The USB-C compatible connector ensures your StudioLive AR12c audio interface will be the center of your studio for years to come. And with high-resolution 96 kHz recording, a full complement of connections, and an instantly familiar workflow, the StudioLive AR12c is the perfect recording and mixing solution for the modern musician and content creator. 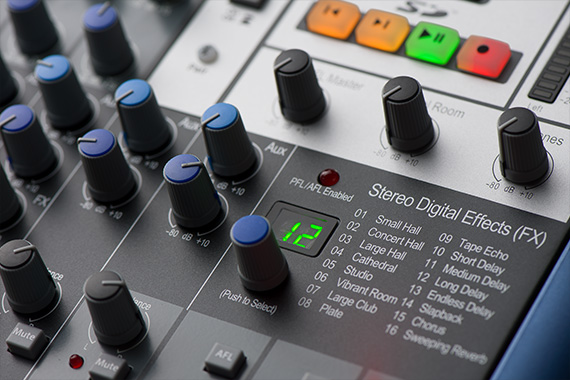 Monitoring with reverb and delay helps to create better recordings. Any vocalist or guitarist will tell you that a little reverb makes them feel more comfortable while performing. The StudioLive AR12c mixer’s onboard effects processor lets you add high-quality reverb, delay, or chorus to any channel for a professional monitor mix. Like what you hear in your headphones? Record the Main Mix and capture the effects mix, too—with or without the dry channels—to blend with your multitrack recording. Experiment in post-production to your heart's content. 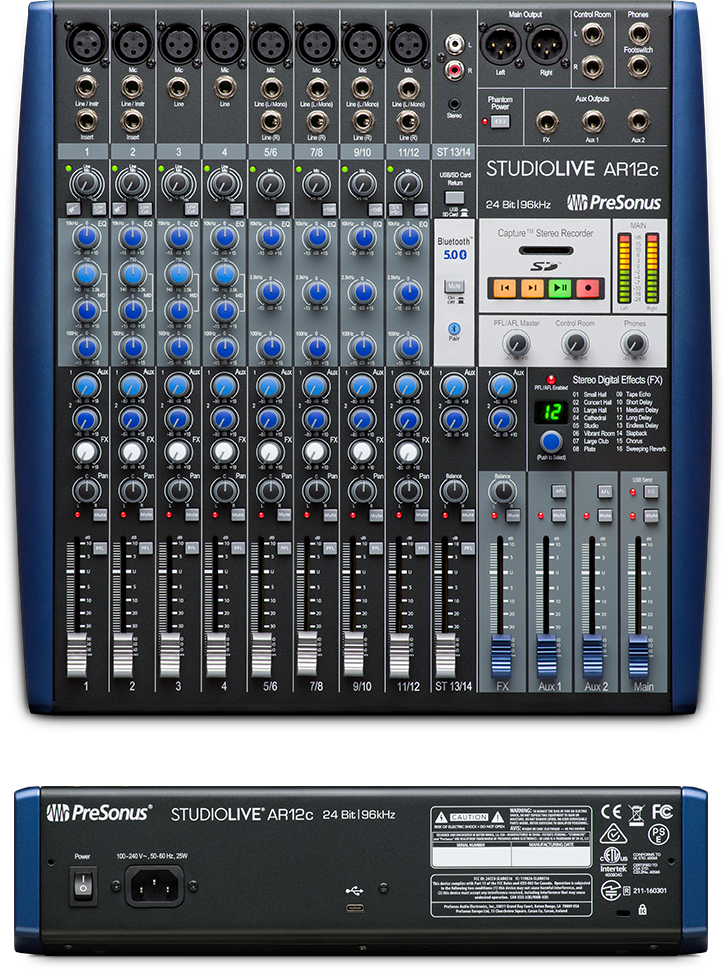